The pelvic nerves play an important role in the accumulation and excretion of urine and stool as well as in the control of sexual functions. Injuries to these nerves can lead to a range of different dysfunctions. Typical symptoms include hyperactive bladder (irritable bladder), urinary incontinence, fecal incontinence and sexual disorders in men and women. The discipline of Neuropelveology founded by Prof. Possover concerns itself with the diagnosis and treatment of these dysfunctions caused by damage to the pelvic nerves and which affect the pelvic organs.

Electrical stimulation of the pelvic nerves (genital nerve stimulation, GNS) is a treatment option for an irritable bladder, especially if it occurs in combination with urinary incontinence. It may be considered if, for example, behavioural therapy does not lead to success with an overactive bladder. GNS therapy may also be the treatment of choice for urinary incontinence alone. Nerve stimulation can alleviate or completely eliminate the symptoms.

With this procedure, a microstimulator system a few millimetres in diameter, is placed behind the pubic bone on the genital nerves using minimally invasive laparoscopy under local anesthesia. The nerves are specifically stimulated via electrical impulses. The patient controls the duration and level of the electrical stimulation with a remote control. Genital nerve stimulation is a reversible therapy that can be interrupted at any time. The operation is performed on an outpatient basis under local anesthesia and takes less than 30 minutes.

In order to stimulate the pudendal nerve electrically, a laparoscopic procedure is performed under general anesthesia - the so-called LION procedure. This procedure is the first technique that allows the selective placement of electrodes on specific pelvic nerves. During the approximately 45-minute operation, a tiny electrode is attached directly to the pudendal nerve. A thin wire with a diameter of less than one millimeter then emits a harmless and painless electrical impulse. The stimulation of the pudendal nerve produces:

Endometriosis as the cause

Endometriosis as the cause

Treatment of endometriosis of the rectum, bladder or ureter

Deeply infiltrating endometriosis in the rectovaginal septum - the region between the intestine and the vagina - is particularly difficult to treat. Endometriosis often infiltrates the rectum, ureter, bladder or even the pelvic nerves that control the rectum, bladder and sexual functions. Extensive endometriosis of the rectum can lead to bowel obstruction, bleeding from the bladder, blockage of the ureters and thus irreversible kidney damage or destruction of the bladder wall.

In this serious form of the disease, surgical removal of the endometriosis is necessary, possibly with simultaneous removal of parts of the affected organs. Such an operation can be performed by laparoscopy or open surgery. The advantage of laparoscopy is that all pelvic nerves become visible, making their preservation possible. Complex neurosurgical procedures can also be performed using laparoscopy. The "Laparoscopic Neuro-Navigation" (LANN) is the result of this development. Prof. Possover has proven that the LANN technique can prevent postoperative nerve dysfunction, such as bladder, intestinal and sexual dysfunction, through its particularly nerve-sparing approach, even during very complex operations.

Sexual function in men and women requires the involvement of the pelvic nerves. If sexual satisfaction does not occur, despite intimate activity, the cause may be a dysfunction of these pelvic nerves.

The nerve tracts involved play an important role in penis erection, ranging from the penis to the spinal cord to the brain. If these nerves are not intact, erectile dysfunction can result. If the cause of the erection problems can be found in the genital nerves, GNS therapy (genital nerve stimulation, GNS) developed by Prof. Possover, can lead to a significant improvement - and a return to a state of sexual satisfaction.

In the treatment procedure, a microstimulator system a few millimetres in size is positioned behind the pubic bone on the genital nerve. The procedure is performed under local anesthesia through a small incision, concealed by the pubic hair. The stimulation of the genital nerve, which leads to sexual arousal as well as to a penile erection, which is maintained during sexual intercourse, is carried out with the help of a remote control. No further use of Viagra is necessary. Genital nerve stimulation considerably improves sexual satisfaction. The procedure is reversible and can be discontinued at any time by switching off or removing the device.

To help people in difficult situations to improve their quality of life has become his life's passion. Continuous research, decades of clinical experience and the focused determination to find a solution for previously unsolved medical problems, have enabled Prof. Possover to help often quite discouraged patients find release from their seemingly insurmountable problems.

more about him pubmed publications

Our center of excellence for Neuropelveology in Zürich is equipped with state of the art technical equipment, offering world-class treatment at the highest level. Enjoy individual attention in the most private and comfortable of settings.

Our team will take care of you

Here at our center, you will be treated not only as our valued patient but as our guest. Everyone in Prof. Possover's team is committed to making you feel completely at ease and in very safe hands. Our internationally experienced team members have an intuitive feel for the particular needs of every individual. We will accompany you every step of the way, from the initial contact right through to the conclusion of your treatment - with detailed personal attention, sincerity, courtesy and careful understanding.

Back to a better quality of life

We will dedicate our expertise and know-how to help you find the solution that is right for you.

„As a cheerful, open and communicative person, I really appreciate coming into contact with people from all over the world. The well-being of others is very important to me.“

Involvement of your own physician in your treatment

If it is your preference, your attending doctor is welcome to accompany you to Zürich. You will then have a person at your side who is familiar with your medical concerns. At the same time, your doctor will have the opportunity to be present during the planned operation and gain unique insights into the applied practice of Neuropelveology. 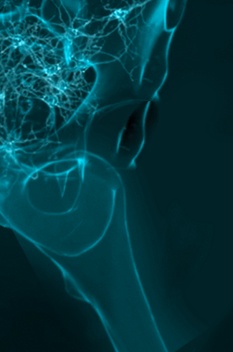 Neuropelveology is a medical discipline developed by Prof. Possover. It is based on the discovery of the pelvic nerves and includes the diagnosis of the diseases of these nerves by means of gynaecological examination methods and their treatment by means of laparoscopy.

New scientific findings and effective treatment methods - comprehensible and helpful for you.

Peripheral nerve tumors can occur anywhere in the body. Most of them aren't cancerous ...

Neuropelveological approach to pathologies of the pelvic nerves

Pathologies of the pelvic nerves are conditions involving multiple, organ-specific medical specialties, each with its ...
Marc Possover

Vulvodynia is a chronic pain syndrome affecting respectively the vulva and occurs ...

Passing on knowledge: diagnose and treat endometriosis of the sciatic nerve - with expertise in Neuropelveology

The discipline of Neuropelveology, founded by Prof. Possover, offers new diagnostic and therapeutic possibilities in ...

Endometriosis of the Sciatic Nerve and the Sacral Roots: Diagnosis and Treatment in Neuropelveology

If women suffer from cyclical sciatica with onset of numbness in the buttocks or legs, or experience movement ...